IT HAS BEEN PROVED THAT GMOS ARE MENACING REPRODUCTION A GMOs based feeding could compromise the reproducing capability. That's what a study published by the Austrian government is sustaining about one of the very few long-term analysis that have ever been carried out on this  issue. Fertility of mice that have been nourished with GMO maize has come out very weakened in comparison with mice nourished with natural food. Considering the importance of the potential menaces to human health and reproduction, Greenpeace is asking for the withdrawal of all GMO foodstuffs from the world market.

The study, commissioned by the  Austrian Ministry of Agriculture and Health, has been presented by Dr Jurgen Zentek, Professor in veterinary science at the University in Wien and coordinator of the Study. Here are the discoveries: the mice that  have been nourished with GMO maize have reproduced in the 3rd and 4th generation an  offspring reduced in number and weight and these differences are statistically relevant. The mice nourished with no-GMO maize have reproduced in a more efficient way.

GMO food seems to act as a control agent of the birth leading to sterility. If this is a sufficient reason to close completely the biotech agro-industrial sector once for ever, I do not know what other kind of disaster we are waiting for – declared Federica Ferrario, the person in charge of Greenpeace-Italy GMO campaign – Playing genetic roulette with our food is the same as playing Russian roulette with consumers and public health.

Belonging to Monsanto, the GMO maize variety (NK 603 x MON 810), tested in this study, is resistant to an herbicide and to a particular parasite. It has been approved in the farming and as food  in several states, such as USA, Argentina, Japan, Philippines and South Africa. In Europe and in Mexico it has been authorized for the use in food and fodder.

EFSA have authorized a GMO that today has been proved as a potential menace to health. How is it possible to trust exclusively in the Monsanto’s data and to approve the authorization? The EFSA GMO Panel should be suspended immediately and substantially reformed until it is really able to evaluate the risks connected to GMOs. EFSA should change into an agency that protects consumers and not the economic interests of Monsanto, concluded Ferrario.

Greenpeace asks all the States members to activate immediately the clauses of national protection and the prohibition to import the NK603 x MON810. They ask the European Union to suspend any GMO product authorization. 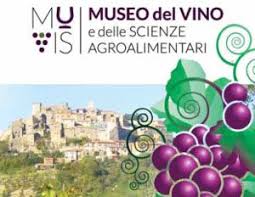